A broad array of jewel-like, museum quality works with exceptional provenance, many of which are coming to the market for the first time in several generations, lead Christie’s Impressionist and Modern Art Evening Sale in London on 4 February 2015. 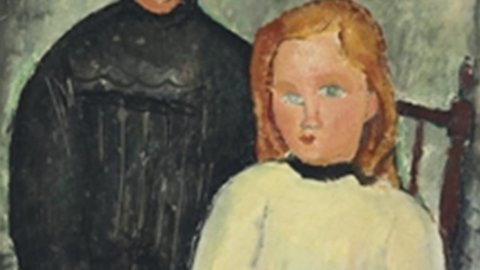 Epitomising the creative dynamism, developments and influential legacy of the leading artists in the category, the sale presents a total of 44 works led by Vue sur L’Estaque et Le Château d’If, circa 1883-1885, by Paul Cézanne, a masterpiece which is coming to the market for the first time since it was acquired in 1936 by Samuel Courtauld, the founder of the illustrious Courtauld Gallery and Institute of Art in London (estimate: £8-12 million, illustrated above centre).Further exceptional works from important collections include: a group of works from A Distinguished European Collection led by Amedeo Modigliani’s rare double portraitLes deux filles, 1918 (estimate: £6-8 million, illustrated above left), and Femme de Venise V by Alberto Giacometti (estimate: £6-8 million), La Lampe, 1914, by Juan Gris which is considered to be among the artist’s greatest contributions to Cubism (estimate: £2.5-3.5 million, illustrated above right); Paysage à L’Estaque, 1907, by Georges Braque (estimate: £2-3 million) from A Distinguished Private Collection; key works by Erich Heckel, Ernst Ludwig Kirchner and Karl Schmidt-Rottluff from The Collection of Carl Hagemann; and Three Piece Reclining Figure No. 2 (Bridge Prop) from A Private German Collection (estimate: £2-3 million). Christie’s overall evening of Impressionist, Modern and Surrealist Art on 4 February has a total pre-sale estimate of £92.8 million to £133.8 million.

PROPERTY FROM THE COLLECTION OF SAMUEL COURTAULD

Vue sur L’Estaque et Le Château d’If by Paul Cézanne is a masterpiece which is coming to the market for the first time since it was acquired in 1936 by Samuel Courtauld, the founder of the illustrious Courtauld Gallery and Institute of Art in London (estimate: £8-12 million, illustrated left). The painting remained in Courtauld’s private collection throughout his lifetime and following his generous bequest to the Courtauld Gallery. This magisterial work was painted circa 1883-1885, during one of the last visits that Cézanne made to L’Estaque, a fishing port and small seaside resort in his native Provence, where he sought inspiration repeatedly from the mid-1860s. This is a rare example on a vertical canvas of Cézanne’s treatment of this iconic motif; the format lends the composition a remarkable depth of perspective and concentration of colour and form.

PROPERTY FROM A DISTINGUISHED EUROPEAN COLLECTION

24 Modern and Surrealist works presenting Reality and Surreality: A Twentieth Century Dialogue will be auctioned across The Impressionist and Modern Art Evening Sale and Art of the Surreal Evening Sale on 4 February 2015 in London. Following the recent sale of Francis Bacon’s major portrait Seated Figure (Red Cardinal), which was sold from the same collection in New York on 12 November for $45 million/£28 million, these Modern and Surrealist works are offered along with a group of six Post-War art works as Property from A Distinguished European Collection. Highlighting the flair and vision underpinning the collection, these works present the market with an inspiring, thought provoking and rich journey, showcasing important examples by Modigliani, Miró, Magritte, Picasso, Giacometti, Moore, Fontana and others. The full collection of 31 twentieth century works of art is expected to realise a combined total in excess of £64 million ($100 million). The modern works are led by Amedeo Modigliani’s Les deux filles, 1918, a rare double portrait by the artist which is offered at auction for only the second time, having previously been in the same family collection for over 90 years (estimate: £6-8 million, illustrated right) and Femme de Venise V by Alberto Giacometti which was conceived in 1956 and cast in the artist’s lifetime; with an extraordinarily rich brown and green patina the bronze belongs to the renowned series of sculptures created for the Venice Biennale of the same year (estimate: £6-8 million).

Painted in May-June 1914, La Lampe by Juan Gris belongs to a series of collages considered to be among the artist’s greatest contributions to Cubism, establishing Gris as a leading innovator of the revolutionary movement and placing him alongside Picasso and Braque (estimate: £2.5-3.5 million). The property of a private collector and unseen in public for over 30 years, since it was exhibited at the seminal Cubism show held at the Tate in London in 1983, it is an exquisite example of the artist’s mastery of papier collé, one of the Cubist’s favoured artistic techniques in which layers of found paper are arranged across the surface. Displaying a masterful inventiveness and a refined subtlety, La Lampe has been hailed by the Cubist scholar and collector Douglas Cooper as “an exceptionally fine example of what Gris could achieve in papier collé”. This work presents collectors and institutions with a very rare opportunity, as the majority of Gris’ 1914 collages now reside in major museums around the world, such as The Metropolitan Museum of Art, New York; The Museum of Modern Art, New York; The Philadelphia Museum of Art; and The Rijksmuseum Kröller-Müller, Otterlo, a testament to their unparalleled quality and important position within the development of Cubism. Christie’s set a new benchmark for the artist in February 2014 when Nature morte à la nappe à carreaux, 1915, sold for £34,802,500, setting a world record price for the artist at auction.

At auction for the first time in over half a century, Paysage à L’Estaque, painted in 1907, by Georges Braque is one of the artist’s early landscapes of Provence (estimate: £2-3 million, illustrated right). The Property of a Distinguished Private Collection, this work was painted in the midst of one of the most experimental and formative years in Braque’s career, at a time when his Fauvist style was becoming increasingly more structured. Paysage à L’Estaque was included in the historic exhibition held in 1908 at the Galerie Kahnweiler, highlighting the importance of the period in which it was painted.

PROPERTY FROM THE COLLECTION OF CARL HAGEMANN

Highlighting the industrial chemist Dr Carl Hagemann’s role as one of the most important patrons, supporters and collectors of Die Brücke, is a fine and remarkably fresh group of four works from his collection which were acquired in the 1920s, representing three of the four founding artists of the movement – Erich Heckel, Ernst Ludwig Kirchner and Karl Schmidt-Rottluff. Die Brücke, formed in Dresden in 1905, aimed to explore fresh new styles of artistic expression centred on colour and form; advocating a return to nature, the group moved away from the constraints of the traditional academic style.

Badende am Waldteich by Erich Heckel is one of the masterpieces of Die Brücke art (estimate: £1.5-2 million). It was painted during the joyous and ground-breaking summer of 1910 when Heckel, Kirchner and Pechstein lived and worked together on the lakes of Moritzburg. A dynamic, spontaneous and swiftly executed depiction of the Brücke group and their companions cavorting together amidst the fields, trees and sun-filled shoreline of Moritzburg, Badende am Waldteich is one of a pulsating series of pictures that were made during this last and consummate summer that the three artists spent together. More than any other Brücke group paintings, it is their Moritzburg pictures of nudes living free in the landscape that best encapsulate their collective ideal and shared aesthetic. Representing the pinnacle of the Brücke’s achievement, Badende am Waldteich is one of the finest surviving examples of all the paintings Heckel made during this seminal period.

Acquired directly from the artist in 1928, Badende am Meer/ Die Schlittenfahrt is a double-sided canvas sporting two very different images from two highly important moments in Ernst Ludwig Kirchner’s career – his summer visits to the isle of Fehmarn between 1912 and 1914 and the genesis of the new direction in his art that began in the Swiss Alps in the early 1920s  (estimate: £1-1.5 million). Painted in 1913 and between 1922 and 1926 respectively, the recto depicts bathers on the Fehmarn coastline, and on the verso, a winter sleigh ride in the mountains near Davos in Switzerland to where Kirchner moved in 1919 to recuperate from the psychological trauma of the Great War. Spanning the years that were to have such a defining impact on the style and manner of the artist’s work, this double-sided picture illustrates the dramatic change in Kirchner’s work, through two very different images from two of the most influential and important locations and times in the artist’s career.

Badende am Strand by Karl Schmidt-Rottluff is one of the finest and most mature of Schmidt-Rotluff’s paintings on his favourite and most enduring subject: nude bathers at the beach (estimate: £1-1.5 million). An outstanding example of the dramatic, mature Expressionist style that the artist developed in the early 1920s, Badende am Strand has been on permanent loan to the Germanisches Nationalmuseum in Nuremberg for the last 34 years.

Painted in 1922, Badende am Strand derives from one of the most important periods in Schmidt-Rotluff’s career when the artist was consciously forging a freer, more intense and optimistic form of Expressionist painting in the immediate aftermath of the First World War. One of the most radical and near abstract of all Schmidt-Rottluff’s paintings, Badende am Strand is a work that not only represents a culmination in the direction his painting took after the War but also stands as one of the most interesting and significant of all his art works.

Three Piece Reclining Figure No. 2 (Bridge Prop), a monumental sculpture by Henry Moore, conceived in 1963, is a powerful example of the artist’s unique ability to balance figuration and abstraction in a sculptural, three-dimensional form (estimate: £2-3 million). Offered from a Private German Collection, Three Piece Reclining Figure No. 2 (Bridge Prop) is the second in a series of works begun in the early 1960s, in which Moore took the horizontal form of the reclining figure and split it into three distinct pieces. The reclining figure is one of the central themes of Moore’s work, a continual site of experimentation and exploration. Epitomising Moore’s fascination with the spatial, formal relationship between objects, Three Piece Reclining Figure No. 2 (Bridge Prop) illustrates how the sculptor used the human figure to present varied and abstract artistic concerns. Cast in an edition of six, other casts are housed in major museums and collections across the world: The Hirshhorn Museum and Sculpture Garden, Washington, D.C.; Brown University, Providence, Rhode Island; Tate Gallery, London and City Art Gallery, Leeds. 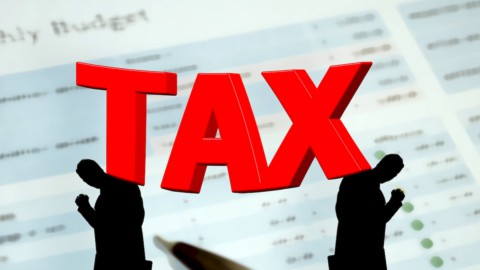 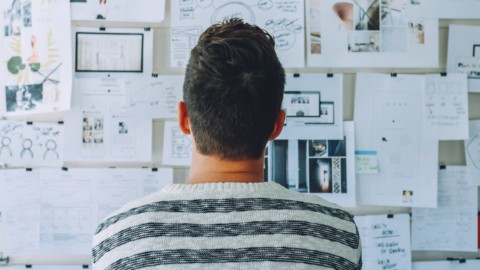