INTERVIEW WITH VALERIA TERMINI, Professor of Economics at Roma Tre University and former member of the Energy Authority – “The price shock exposes the vulnerability of an economy centred on crude, pointing us even more firmly towards a model based on renewable sources, digital tools and gas”. 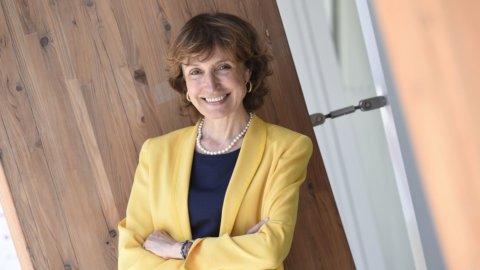 Texas oil teeters and plummets in the space of a few months from $64 to $-37.6/barrel by Monday 20 April to be delivered in May, with a weak rebound to $16 on the June contracts immediately after. It is an unreal and totally unprecedented scenario leaving in shock markets already trying to get to grips with a daunting post-coronavirus  crisis. And yet this extreme volatility affords glimpses of new scenarios – also in the geopolitical realm – and structural changes for the vital key sector of energy.

So anything can happen?

“The oil price shock we are faced with once again exposes the basic vulnerability of a system centred on oil. And history teaches us that when signals of this type recur capitalism takes a new turn, although it may ential dramatic social costs. As I see it, the collapse and volatility of crude prices are catalysing the great energy transformation that has been underway for some decades; they’re pointing us even more firmly towards a model based on renewable sources, gas and the tools provided by the digital revolution, offering new services in the area of electricity platforms.”

This is the conviction of Valeria Termini, Full Professor of Ecomics at Roma Tre University and – from 2011 to 2018 – a member of the Energy Authority, having represented Italy in the international negotiations for climate change – roles that have led her to view the energy sector from various angles. She offers a decidedly interesting analysis that in some respects contrasts with the viewpoints of other economists, paving the way for irreversible development of the renewable sources combined with gas and advance in digitalisation of the networks and new services involved. This interview with FIRSTonline offers a closer look at her analysis.

Will plummeting oil prices have structural effects on the sector? How long can they last?

“The earthquake shaking up prices is obviously a tremendous shock to the system coming on top of the exceptional economic crisis resulting from the pandemic. It is an event that reaches well beyond the sector and the immediate conjuncture. To size up the reach of it we must, I believe, distinguish between the short-period factors and the longer-lasting – or in other words structural – implications. The former include the financial stress resulting from the May futures expiration falling last Tuesday (21 April ), insufficient storage facilities to cope with a supply glut and speculation surging on the markets. The June futures prices have gone up, in part because the production cuts announced for May will come into effect and the strategic reserves of the governments of the United States, China, Korea and other countries will provide a greater capacity for the surplus oil. Worries about the exhaustion of storage facilities seem to have been prompted more by the surprise effect than actual saturation. But the structural problem of overproduction and plunging demand remains.”

So we are faced with a short circuit fuelled by tensions and acute market volatility ….

“That we are up against a doubly exceptional situation is an undeniable fact. But we should also be looking into the background to this shock. The current situation has distant origins, from the the attempt to push out of the market the American companies that have been producing shale oil with an extraordinary growth rate, absorbing increasing shares of the global demand. On topo of this came the ongoing clash in OPEC+ between Saudi Arabia and Russia, the tussle over the production cuts the Saudi Kingdom called for on March 6 to keep prices up despite the sharp drop in world demand, Putin’s refusal and by contrast the strategy of boosting output yet further, and then the Saudi countermove with new production and price cuts to defend their market share. All this triggered an unsustainable collapse of prices, which Donald Trump belatedly tried to halt as contracts were due to expire, on April 10 resuscitating the OPEC+ agreement on cuts of 9.7 million barrels per day as from May. Trump took a hand in the game to protect America’s shale oil producers, which now account for about 70% of the 12 million barrels per day produced by the United States. But the agreement did not suffice to reassure the market, which had for some time been putting pressure on the Majors, and in fact it was not appreciated”.

So behind all this there was the attempt to cut the shale oil producers out of the market, the second attempt after the aborted effort of 2014?

“Yes, but today the conditions are fundamentally different. In 2014 the break-even price for firms rapidly dropped from 80 to 45 dollars and the US producers showed unexpected staying power, remaining competitive even with the new prices. Although the attempt to drive them out failed at the time, many companies abandoned the market. This time it may come off for three basic reasons, both financial and real”.

“The first is the extraordinary imbalance in quantities. To begin with oil demand fell because China required less, but by now the slump in demand has grown to 30 million barrels per day. Against a 30% fall in demand supply has risen thanks mainly to the American shale producers. For the first time the United States has become a net exporter of crude, marking a political triumph for the country.

The second consideration, as we have seen, arises from the delivery of the May contracts with storage sites unprepared to cope with new inflows of oil. The blow hit the American market hardest, and indeed the WTI reference price fell more than that of European Brent.

The third factor is financial: speculation rushes in where it sees a fire, and this time it was a big fire in both financial and real terms. So, to answer your question on how long the current price shock can last, much will depend on the staying power of the American oil companies, together with further cuts in production and, of course, on the world getting back to work after the pandemic, above all in China – the biggest oil importer”.

And if you were to hazard a forecast?

“This time it will be far harder for the American companies to hold out: indeed, president Trump has already called for financial support for the shale sector and a slackening of CO2 reduction constraints – two steps that are certainly not good news for the global scenario.

Giants like Chevron and Exxon mobil have managed to bring their breakeven prices below 30 dollars but they are paying staggering costs to the market in terms of capitalisation and investment capacity. Others, like Occidental Petroleum, have seen their shares plunge from $40 to $14 in the space of a few months. Of the hundreds of American companies, only just about 10 good get by at a price below $40; the others risk losing control of their companies to the banks and financers, for, having extremely high debts and low operating margins, faced with a collapse of capitalisation the companies will find refinancing their maturing debts a daunting challenge”.

In practice, at the current prices – well below $30 – many US producers risk failure, which is good news for Putin’s Russia.

“Yes, but not entirely. It is in fact true that the Russian breakeven price to cover costs stands at around $15, but it is equally true that if Russia and indeed Saudi Arabia are to maintain social and economic stability they need a far higher price, in the region of $80. They, too, will have to reckon with the collapse of prices which is making the going hard for all the producer countries”.

At the end of the day, then, who is winning and who is losing the oil “war”?

“The first battle sees Putin on the winning side, but for how long? Putin is counting on gas, which has been making gains and finding greater stability; the attack on the shale companies seems to be succeeding. I would say that the Putin was able to enter into conflict in OPEC+ on the strength of the agreement with China on the Power of Siberia gas pipeline, the new ($400 billion) infrastructure carrying gas from Siberia to north-east China. It’s an agreement that strengthens the alliance between Putin and Xi Jin Ping with an anti-Trump bias.

In the end I believe it will be the new energy model that wins out: the vulnerability shown by oil together with the perceived climate risk are driving us to a new pattern for the  economy that will give more room to renewable sources, digital tools and gas with a stabilising function. In any case, although the price of oil has dropped that does not make it  competitive with the new model. A historic opportunity is opening up for Europe and indeed for Italy, both enjoying a good standing in these sectors; new services associated with the renewable sources, which may look like niche services at the moment, will become central to the new energy model. The task is to develop a new industrial strategy for Italy – a long-period system strategy”. 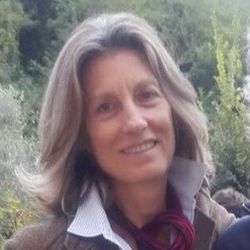 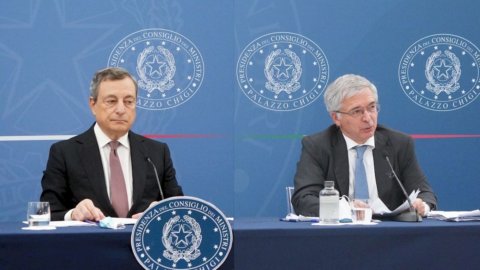 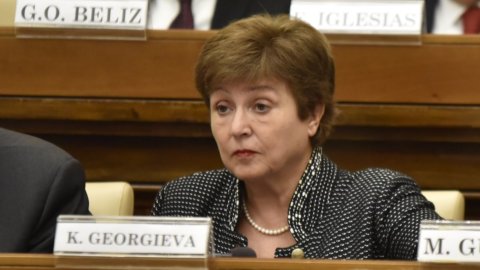 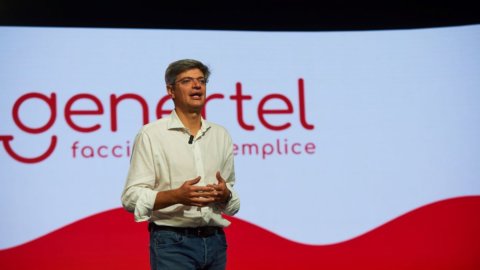