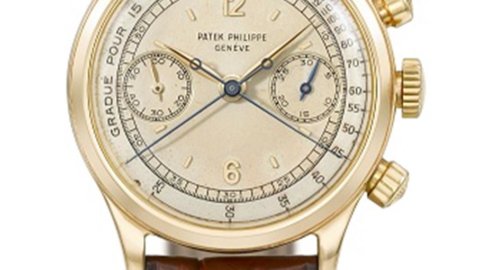 To celebrate the landmark 175° anniversary of Patek Philippe, Christie’s International Watch Department to announce PATEK PHILIPPE 175, a thematic auction of 100 symbolic timepieces from the world’s foremost watchmaker in a special evening auction on 9 November at Christie’s Geneva.
Illustrating the historic breadth of the last family owned independent watch manufacturer in Geneva, this evening auction will include vintage timepieces from the early 19° century through the 1980s.  With estimates ranging from SFr. 1,000 to SFr. 1,600,000, this 100 lot auction, including 58 watches which have never before appeared in public, forms one of the most historically comprehensive selections of Patek Philippe timepieces ever offered in one auction.

Among the highlights are some of the most exclusive Patek Philippe models ever produced. From the descendants of the original owner comes “The Boeing” Patek Philippe, Reference 130, an exceptionally rare and unique 18K gold wristwatch with single button split-seconds chronograph with a pre-sale estimate of SFr. 400,000 – 800,000.  One of the star lots of this evening auction, this wristwatch was manufactured in 1930, retailed by Cartier, and received by Mr. Boeing on June 9, 1939. In addition, the Patek Philippe, Reference 2523 (illustrated above), an 18K gold two crown world time wristwatch with 24-hour indication and blue enamel dial (estimate: SFr. 1,500,000 – 2,500,000), comes to auction in remarkable condition and commemorates the jet set era with indications of time around the world at a glance.

John Reardon, International Head of Christie’s Watches, commented: “This year, Patek Philippe achieved a truly honorable milestone; its 175° anniversary. The 100 pieces presented for sale in this auction exemplify how Patek Philippe persisted true to its founders’ vision, as an innovator and market leader from its earliest days to more recent past. These timepieces have been scrupulously vetted and selected for this sale, and include only the rarest, most sought after, superlative timepieces representing Patek Philippe’s historic production. This collection presents an immeasurable once in a lifetime opportunity for collectors and connoisseurs, to view, learn about, and purchase a superlative timepiece. Each timepiece is a true work of art that will forever be remembered as part of this sale, and part of Patek Philippe’s unrivaled history.”

“The Boeing” Patek Philippe, Reference 130 split-seconds single button chronograph wristwatch (illustrated left) is a piece of horological history for both Americans and the Swiss, representing the ultimate height of technology in watchmaking in the early 20° century. This watch is the only split-seconds Reference 130, retailed by Cartier, with Breguet numerals and without a tachometer, known to the market. Direct from the descendants of the original owner, and never before offered at auction, this watch features the original presentation engraving on the caseback, which reads, “W.E. BOEING. SEATTLE, WASH.”

As a true entrepreneur and American aviation pioneer, Boeing reached for the skies when few others dared and created the enterprise originally called Boeing Airplane Company in 1917 that eventually evolved into the global multinational company we now know as Boeing. Born in Detroit to Wilhelm and Marie Boeing in 1881, William’s father Wilhelm immigrated to the United States when he was just 20 years old and it is clear that William inherited his adventurous spirit. After a brief amount of time at school in both Vevey, Switzerland as well as Yale, William decided to branch out like his father before him and began a new life in Grays Harbor, Washington where he soon became successful in the timber business. With an eye for perfection, he developed an interest in aviation starting in 1914 and within three years started his company that eventually created a revolution in both commercial and military aviation.

As one of the most coveted watches in the world, this pink gold Reference 2499 First Series has the unique distinction of being the only pink gold example with English import marks.  Circa 1951, this 18K pink gold perpetual calendar wristwatch (illustrated right) carries a pre-sale estimate of SFr. 1,600,000 – 2,600,000. Of the 349 Reference 2499’s made during 35 years of production, only a handful were made in pink gold. In the FIRST SERIES, made in the 1950s, only 4 examples in pink gold are known to the market.

“A mechanical watch is eternity in a box and a Patek Philippe is eternity on the wrists…your wrist and the wrists of the next generation. That is the reason why I love our watchmaking art and that is why I collect watches.” – Jean Claude Biver

This Reference 1563, manufactured in 1940, an 18K gold split-seconds chronograph wristwatch with two-tone pulsation dial and screw back case (illustrated left), is estimated at SFr. 800,000 – 1,6000,000. Only 3 examples of this charismatic reference are known to exist. The most famous, belonging to Duke Ellington, is on permanent exhibition in the Patek Philippe Museum, the second example is part of a private collection, and the third and present example is to be offered on 9 November. Two highly desirable style elements distinguish this watch from the others: the two-tone dial finish and the extremely rare pulsometre scale instead of the more common tachometer indication.

Made in 1953, this 18K white gold center seconds perpetual calendar wristwatch with moon phases is only the third example in white gold of a Reference 2497 known to exist (illustrated right; estimate: SFr. 1,000,000 – 2,000,000). It is the first and earliest example of this model in white gold ever to appear in public to date. Consigned by the family of the original owner, this watch serves as one of the star lots of the auction.

One of only three examples of Reference 3449 (illustrated left), ever made in 18K gold with hand-wound movement, perpetual calendar and moon phases boasts a most unique feature, a triple stepped bezel, from which its Italian nickname “Tre Scalini” (three steps) is derived. Moreover, the watch was lovingly cared for and comes to the auction block in remarkable condition. Manufactured in 1961, the present example was originally purchased in 1965 for $5,500 in Dallas, Texas from Linz Jewelers. This timepiece will be offered at an estimated SFr. 1,000,000 – 2,000,000.

The “King Farouk” Patek Philippe, Reference 1518 is a very fine and rare gold perpetual calendar chronograph wristwatch with moon phases, circa 1945, estimated at SFr. 300,000 – 500,000.  The Reference 1518 was the first perpetual calendar chronograph wristwatch produced in series by any watch manufacturer. Adding to its rich history, this present watch was formerly owned by King Farouk of Egypt (1920 – 1965).

Ahead of the Geneva evening sale, Christie’s will undertake an international tour of a selection of watches from PATEK PHILIPPE 175 to a number of global cities including Dubai, Taipei, Hong Kong, Milan, New York, Seattle, and San Francisco. 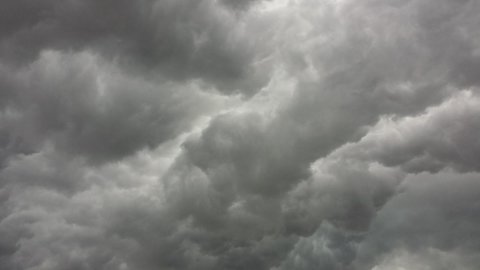 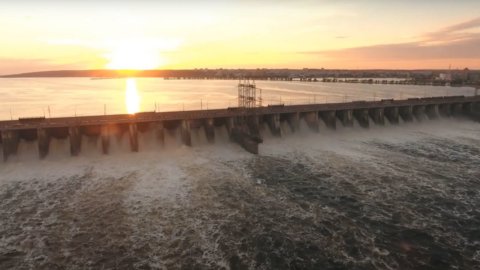