The collector car auction season always starts on a strong note, with RM Sotheby’s returning to the vibrant grounds of the Arizona Biltmore Resort & Spa in Phoenix on January 28–29 for its 17 annual Arizona sale. 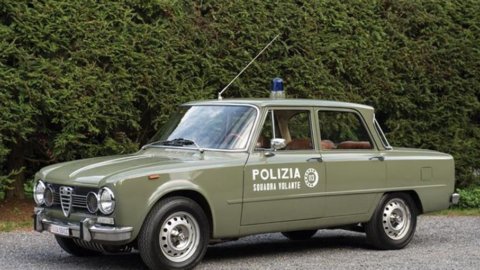 The two-day auction will build on RM’s strongest performance in Arizona to date in 2015, an event which generated an incredible 63.7 million in sales, representing a nearly 40 percent increase over 2014. The 2015 event was also witness to the most valuable automobile sold in Arizona auction history: a 1964 Ferrari 250 LM that achieved an outstanding 9,625,000.

RM Sotheby’s 2016 Arizona sale is set to continue the company’s strong track record in Phoenix, as it will present more than 100 blue-chip automobiles from the world’s most iconic marques. The vehicles have been hand-selected by RM’s international team of specialists, and the catalogue will span the spectrum of the market, from pre-war classics through to important sports and racing cars and contemporary supercars.

In addition to helping manage his father’s well-known carrozzeria in Milan, Elio Zagato was an unapologetic motorsports enthusiast, and in 1952, he founded the Sant Ambroeus racing team with several friends. A young local builder named Vladimiro Galluzzi joined Sant Ambroeus, driving one of Alfa Romeo’s new Touring-bodied 1900 coupes, but before long, Zagato advised him to change cars. The coachbuilder was admittedly intrigued by the promising mechanical platform of the 1900C, with its shorter sporting wheelbase, alloy-head dual-cam motor, and advanced suspension. But he clearly felt that a lighter, more aerodynamic body would help maximize the model’s performance potential.

With connections remaining from Ugo Zagato’s period of bodying the pre-war Alfa Romeo 6C Grand Sport Spyders, the coachbuilder was easily able to source a 1900C chassis for development. The principal employees at Alfa’s experimental department, Consalvo Sanesi and Ernesto Bonini, also enthusiastically weighed in on construction and engineering.

By September 1954, Zagato had clothed its first Super Sport in a delicate aluminum-alloy body with Plexiglas windows, shedding substantial poundage from the standard version. Delicately crafted lines that stretched back from the nose echoed both aesthetic and aerodynamic considerations, and the hood was essentially purpose-shaped to cover the engine’s high-profile intake manifold, with vents channeling air to the dual downthroat Weber carburetors underneath.

Following the early success of Galluzzi’s prototype SSZ, Sanesi recommended to his bosses that the new model be approved for a limited batch of production, and a short run of Super Sprint Zagatos was officially approved. The coachbuilder constructed approximately 39 berlinettas and two spiders, with almost all of them built prior to mid-1956. Quickly embraced by sporting privateers for their handsome design and fleet-footed performance, the Super Sprint Zagato became a regular at sports car races across Europe, with as many as six examples entered at the 1955 Mille Miglia alone (Galluzzi finished 26th while the car of Vanini and Badaracco led all the SSZ entrants with a 19th-place finish). Joakim Bonnier notably took first overall in his car at the 2-liter Sverige Grand Prix on August 7, 1955, beating a host of Porsches and two Fiat 8V examples.

Today, the 1900 SS Zagato has evolved into one of the most collectable post-war Alfas of all time, a favorite among the discerning collectors who frequent Pebble Beach. Claiming race-bred engineering, exquisite aesthetic design, and rarity, the Zagato-bodied 1900C is simply one of the most dynamic post-war coachbuilt sports cars ever created, and it continues to draw the fascination and respect of Italian design connoisseurs.

This Super Sprint Zagato claims a magnificent restoration to factory standards and a fascinating early life associated with one of Italy’s lesser known (but best connected) racing concerns, the Scuderia Madunina. According to the records of Alfa Romeo, as well as the research of 1900 authority Peter Marshall and Italian car expert John de Boer, chassis number 01909 was completed on July 29, 1954. As Zagato records indicate a date some months later, it is fair to assume that the Alfa factory information represents the date the chassis was completed and prepared for shipping to Zagato. Michele Marchiano’s seminal book on the coachbuilder, Le Zagato – Fiat 8V, Alfa 1900 SSZ, clarifies that 01909 is the 16th example of the 39 cars bodied as coupes.

Completing assembly at Zagato on April 22, 1955, the Super Sprint was finished in avorio (ivory) paint and sold to SIMAR of Caracas, Venezuela, on March 23. It is likely that the buyer was a proxy for a driver of the Scuderia Madunina, the team that would soon campaign the car in competition.

Founded in 1952 and active in many forms of racing, the Scuderia Madunina was a loosely-knit Milan-based organization that did not formally own any of its cars. All of the Scuderia’s entries were privately owned by their respective drivers, whose membership in the organization allowed them to race under the team’s entrant’s license, thus negating the need for drivers to acquire this license individually from the C.S.A.I. Madunina went on to take hold in Formula Junior racing, winning the championship from 1961 through 1963, and at various points, it included Lorenzo Bandini, Piero Drogo, and Juan Manual Fangio among its members.

One of the organization’s co-founders was Marcello Giambertone, a manager who handled drivers such as Gino Munaron and Fangio. The connection with the famed Argentine racing champion facilitated access to the South American market, and before long, the Scuderia Madunina was fielding chapters in Venezuela and Brazil.

On December 18, 1955, chassis number 01909 was entered under the Madunina banner by Carlos Ruiz Lucero in La Vuelta a la Cordialidad, a 225-mile race between Barranquilla and Cartagena, Colombia, that commemorated a return to cordialities between the two cities. Decorated with #44, the 1900 SSZ finished fourth overall and first in class, while fellow Madunina teammate Juan dos Santos won the race in a Ferrari 250 MM.

A few years later, the Alfa Romeo was sold to fellow Venezuelan Luis Beltran Moreno, after which it passed to Antonio Yanes of Caracas. From there, the car was purchased in 1993 by marque aficionado Ludo Doorenweerd of Belgium, who in turn eventually sold it to British collector Graham Earl.

In the early 21st century, the rare Alfa Romeo was spotted by the consignor, a Scottsdale-based enthusiast who owns a deep collection that is maintained by a personal mechanical staff with a proprietary restoration garage. Purchased in a semi-restored state, the SSZ sat for several years before a full restoration was commenced in 2008. The owner and his staff visited several refurbished Super Sprint Zagato examples for insight into the correct details of the model, and a mission was embraced to return the car to factory specifications while making it as drivable as possible for vintage touring events.

Cosmetically, the consignor entrusted all of the bodywork and paint considerations to his in-house staff, and they refinished the exterior in a deep shade of midnight blue. The interior was re-trimmed with sumptuous tobacco tan leather, and every inch of the car was scrutinized and refurbished as needed. Mechanical considerations were addressed by Epifani Restorations in Berkeley, California, and they sourced a correct 1900C tipo 1308 engine to replace the Alfa Romeo 2000 motor that had been installed at some prior point. The current 1900C motor has only accrued approximately 4,000 miles since the rebuild, and all of Epifani’s work is fully documented by invoices in the car’s file.

In 2010, with cosmetics essentially completed and the chassis restoration having progressed to a point of testing, the car was entered in the Colorado Grand to provide a good bout of exercise. Over the following few months, the engine rebuild and installation was completed, and the overall finishing on the lavish restoration was prepared just in time for display at the 2011 Pebble Beach Concours d’Elegance. The SSZ was also presented the following May at the 2012 Greystone Mansion Concours d’Elegance, where it won a Best in Class award.

Now offered for the first time in 15 years, this outstanding 1900C Super Sport Zagato has become an exemplar for the restoration of other SSZ coupes. It is a highly authentic and rare example of one of the most prized boutique sports cars from the post-war period. From the Pebble Beach–level restoration to its intriguing history as part of the Scuderia Madunina Venezuela, this exquisite Alfa Romeo claims rarity, beauty, and fascinating provenance. The car would also make an ideal entry on vintage tours like the Mille Miglia Storica or the California Mille.

As one of the first true “sports saloons” ever made, Alfa Romeo’s Giulia four-door almost seemed pre-destined to become an ideal police car in its home country.

Naturally, the Italian polizia selected these high-spec models for patrol duty. The Polizia Giulia Super was swathed in what has become an iconic drab green paint scheme over saddle vinyl, and it was a ubiquitous sight in Italy in the 1960s and 1970s. Given the way they were used, it is hardly surprising that few remain today.

Offered here is a rare restored Giulia Super that has been recreated in remarkably authentic polizia “Squadra Volante” livery and specifications. It exhibits terrific attention to detail. Included with it are a vintage police radio, a siren ready to belt out its distinctive wail, and an operable single blue light that has been mounted to the center of its roof. During its restoration, the car was also updated with later Giulia bumpers and interior trim to conform to the look of the period covered during its career in cinema. The car was featured in numerous Italian films, including Marco Tullio Giordana’s 2012 Story of a Massacre, which chronicles the investigation surrounding the 1969 Piazza Fontana bombing in Milan.

Acquired by the consignor several years ago, he proceeded to thoroughly re-commission the Alfa to bring it up to an exceptional driving standard. With approximately $12,000 spent on an all-new suspension, the Webers were synchronized and balanced, with numerous other operational and cosmetic details attended to. It was also fitted with new Vredestein Sprint radials. Recently driven by RM Sotheby’s specialists, one reports that the car “runs like a champ and handles like a Lotus…with sirens!”

Most Alfisti agree that the Giulia Super Berlina performs as well as its berlinetta coupe counterpart for maximum entertainment on the road. This example has been comprehensively sorted to be driven hard, whether on a rally or to the local Cars & Coffee, while punching above its weight as the showpiece of an eclectic collection. 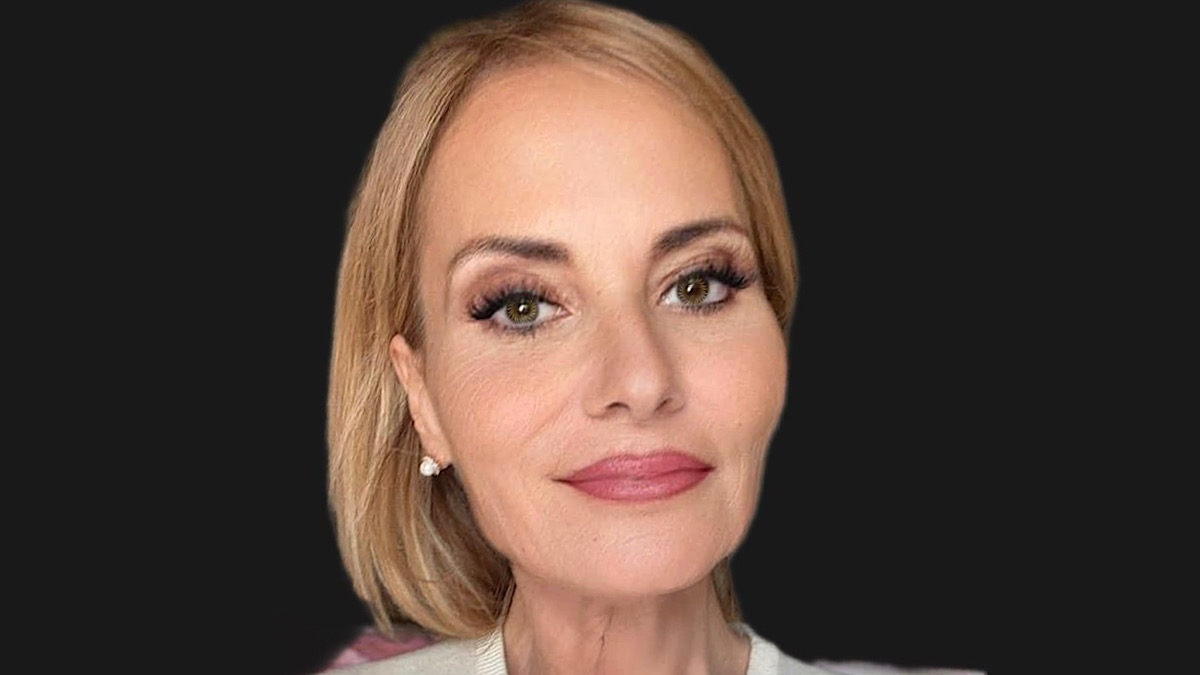 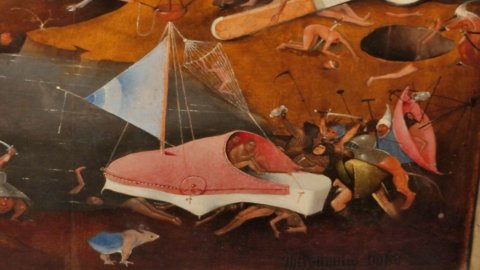 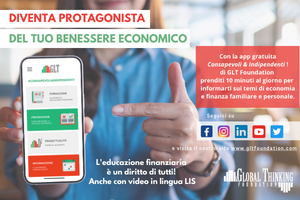 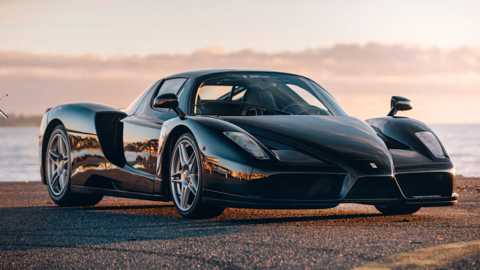 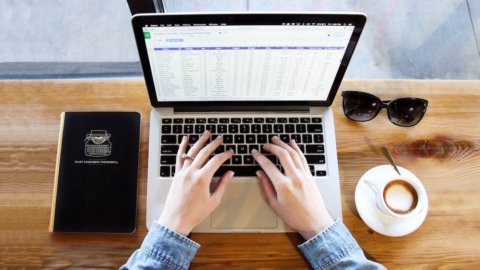 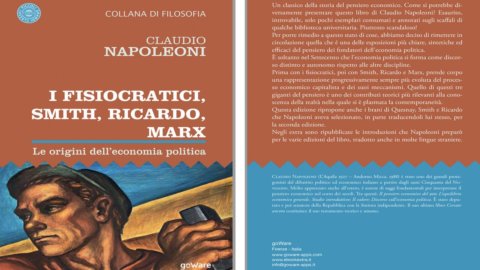